Members of AVARC gave a demonstration of Amateur Radio to residents of the Veteran’s Wing at Soldiers’ Memorial Hospital in Middleton today. Three of us erected a 30-foot mast, and in short order we had dipoles for 40m and 20m hoisted aloft. Wayne VE1BAB made several CW QSOs for the Vets, while Doug VE1FAL showed them how digital communications work. All told, we worked several stations in Europe and North America. The Vets, who included Stan VE1WW and an Army Signaller who served in NW Europe in 1944/45, tried their hand (literally!) at CW with a code practice oscillator. Some even made a few QSOs on 2M Simplex.

Thanks to Wayne and Doug for assisting with this worthwhile demonstration today! 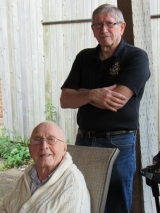 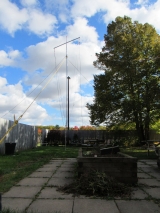 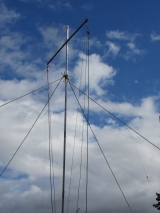