The RAC Board of Directors takes great pleasure in selecting Al Penney, VO1NO, as the recipient of the RAC Amateur of the Year Award for 2020 in recognition of his tireless efforts to promote Amateur Radio in his home province of Newfoundland, throughout Canada and internationally. 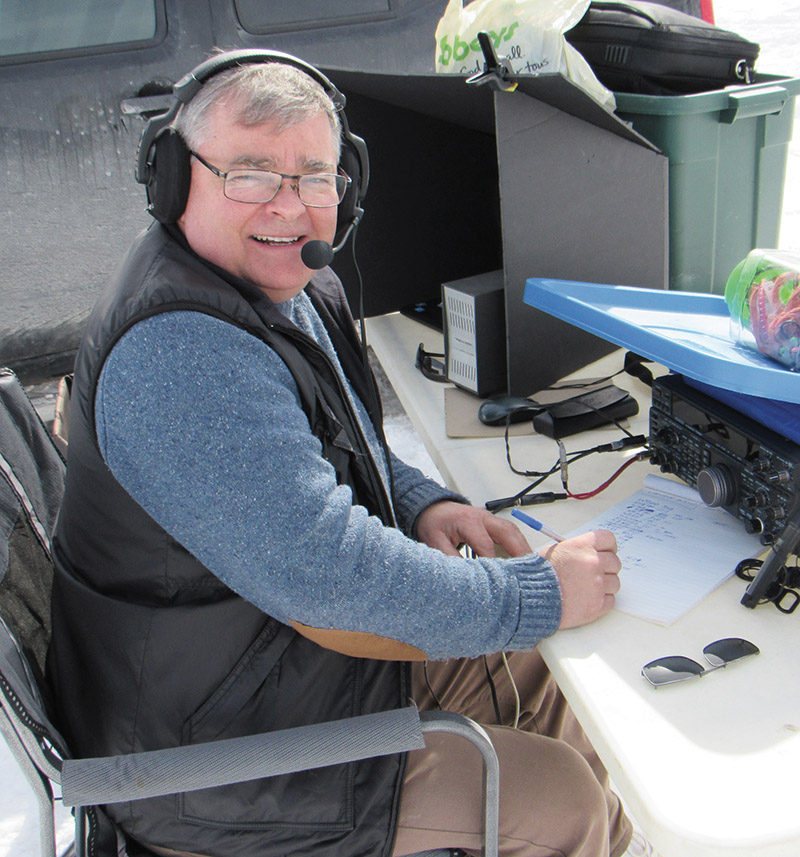 Alphonse (Al) Penney, VO1NO, was born and raised in Corner Brook, Newfoundland. A Remco crystal radio kit Christmas gift, and the acquisition of a Hallicrafters S-38D shortwave receiver as a boy sparked a lifelong fascination with the “magic of radio”. Al was licensed in early 1977 after taking an evening course sponsored by the local Department of Communications (DOC) Radio Inspector.

Al has served on the Executives of many clubs throughout Canada and the USA, including Vice-President of the West Island ARC in Montreal, and President of the VE2CMR ARC, Halifax ARC, West Carleton ARC in Ottawa, and the Pike’s Peak Radio Amateur Association in Colorado Springs while serving at NORAD Headquarters. More recently he co-founded the Annapolis Valley Amateur Radio Club in Nova Scotia, a “virtual” club that appeals to those who do not like to take part in more traditional clubs.

Al has been involved with teaching prospective Amateurs since the early 1990s. He is one of the primary instructors for the Halifax ARC for their Basic and Advanced courses, and he organized and taught the RAC Online Basic Course in response to the global pandemic.

Al has been the RAC Band Planning Coordinator since 2013 and he spearheaded the effort to update the Canadian HF band plans and have them published in a graphic format. He is currently coordinating the update of the VHF/UHF band plans. He lives in Aylesford, Nova Scotia on 10 acres he would like to turn into an antenna farm!

Stay tuned to the March-April 2021 issue of The Canadian Amateur and the RAC website for complete information about our Amateur of the Year 2020 and the presentation of the award later this year.

For more information about the RAC Amateur of the Year Award visit: https://wp.rac.ca/rac-amateur-of-the-year/